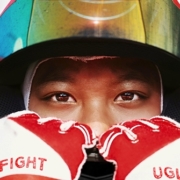 Independent Sports and Entertainment (ISE)—a global leader in athlete representation, management, and marketing—announces today the launch of a revolutionary new Motorsports division that will finally bridge the gap between America and global motorsports while also leveling the playing field for talent-rich/cash-poor and other underrepresented drivers around the world. 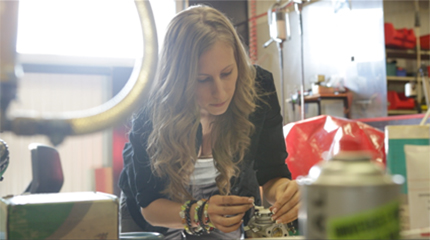 At a time when Formula 1 is owned by an American company, Liberty Media; when North Carolina-based Haas F1 Team is not only on the grid but in the point(s) (singular for the moment); when the US Grand Prix in Austin, Texas is one of the most widely viewed races on the series’ calendar; and a time when 34.6 Million Americans and counting call themselves Formula 1 fans, making the US the sports’ fourth largest market; it is long past time for America to have an F1 driver representative.

ISE’s Chicago-based Director of Motorsports, Suzanne Shriver, started out as a mechanic who earned her living tuning carburetors trackside for the likes of George Russell, Alex Albon, Esteban Ocon, Charles Leclerc, and Max Verstappen, but also for Nicolaj Møller Madsen, Davide Forè, and Michael Ryall. The experience of witnessing equally deserving drivers ascending to unequal rungs on the Motorsports ladders that are supposed to reflect a meritocracy informed Shriver’s unique strategy to develop and deliver American drivers to Formula 1…drivers who not only compete on the global stage, but who are actually competitive there.

IT STARTS IN KART

The strategy starts at Motorsports’ shared base, Karting, where the highest-level development series running Stateside is equivalent to a mere hobby level in Europe.

As Shriver puts it, “Because competition among industry players factors off-track as much as it does on, Karting, the lowest common denominator of all pinnacle level motorsports—the arena where future World Champions are expected to hone their crafts—is a fragmented labyrinth of disparate series all running different makes and models of engines according to a wide range of rules and regulations. As a result, the barrier to entry is sky-high and the ROI on a lifetime worth of registration fees is a net negative.”

Ayrton Senna called Karting, “The most breathtaking sport in the world, more than Formula 1, indeed.” 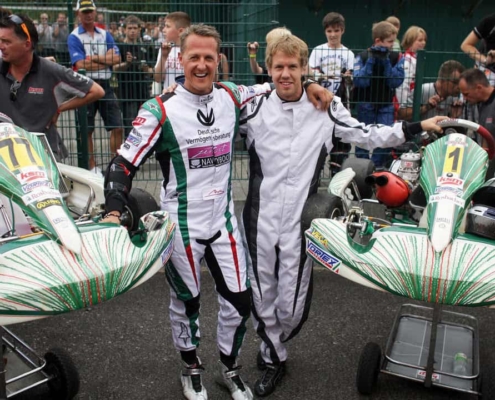 Jenson Button, echoed his predecessors’ sentiments by describing “the experience of Karting” as, “Beyond F1…because the wheel-to-wheel racing is better than anything.”

On the other hand, Sebastian Vettel admitted that his racing career would have needed to stop long before he ever won his first of four F1 World Championship titles if he was coming up through the system today, because he, “Would not have had enough money in-pocket to do it…it’s too expensive and unthinkable for most.”

Virtually all professional drivers “Start in Kart”, where power-to-weight ratios and decision-making times between corners are scaled to the highest echelon car series. With arrive-and-drive programs in premier Karting series costing upwards of €15,000 per race, however, and Americans obligated to cross an ocean to reach them only to land on a foreign grid where they compete for the first time with an engine that, in their limited experience, is missing a clutch…it is far more likely that the next would-be-legend falls through the cracks in Motorsports’ foundation—or worse, never suits up in the first place—than finds his or her way to the top step of a podium. 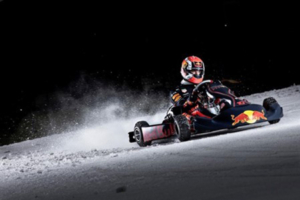 “The entertainment value of pinnacle level racing series suffers when drivers with the deepest pockets can purchase game-changing advantages over those with the sharpest teeth by jet setting to the highest quality competitions, hiring a professional tuner like myself to pinpoint carb settings, or paying someone to find even more money with which they can climb the ladder,” Shriver laments. “When that happens, fans of those pinnacle level series ultimately pay the price.”

The lynchpin of ISE Motorsports’ strategy is the rectification of the pro athlete/sponsor value dynamic in favor of the brand partners who drive this industry, if not the racecars themselves. We are calling this uniquely comprehensive product, “Sponsorship 360.” 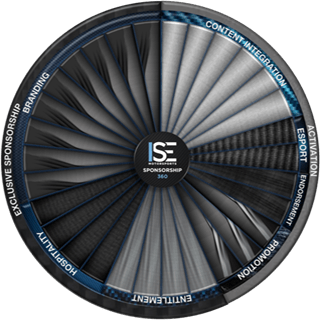 “This doesn’t mean we are collecting less from sponsors on behalf of our clients,” Shriver explains, “it means that we only represent clients who can deliver far more—more results, more high-value exposure, more gratitude—and deliver it WAY earlier in their careers, irrespective of their personal budgets.”

One such client is 16-year-old, New York native, Chloe Chambers, who turned heads about one month after receiving her driver permit by weaving a Porsche 718 Spyder through 50 cones spaced 50-feet apart to claim a Guinness World Records© title for Fastest Vehicle Slalom. According to Angus Fitton, Porsche Cars North America’s Vice President of PR, “Only the 911 Targa launch garnered more views on Porsche’s YouTube channel from a product perspective in recent months.”

In case you missed it: https://www.youtube.com/watch?v=64FjxXJH28Q&t=5s

“Chloe proved she has the potential to bring credibility rather than just attention to women’s racing,” Shriver said. “I perceived that when I signed her on the spot the first time I saw her race…before I ever knew the driver of Kart #708 was a female. Now that the whole world knows, my next job is to partner her with an exclusive brand partner whose products Chloe genuinely loves and who supports her principals; Chloe comes to the racetrack to compete in a racing suit, not to hold an umbrella in a swimming suit out there.”

That Chambers’ sponsor will get to design her new racing suit head to toe and be the only brand whose logo is featured therein should expedite her search. Shriver, however, is making it her personal mission to make sure fans everywhere—especially those who took the time to beg the universe (via the comments section of Porsche’s YouTube video) for the opportunity to eventually witness Chambers racing in Formula 1—are aware that the logo that ends up on that suit will belong to the company that stepped up to be the hero of Chambers’ story by allowing it to continue in the direction of Formula cars. That story, hero and all, will be documented as part of an unscripted film called, Grand Prix Driver Origin Stories…Past, Present, and Future. 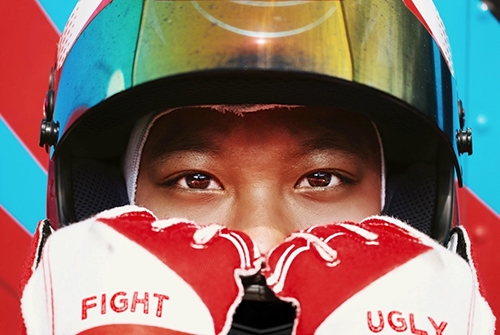 PREPARED TO PROVE IT

In the meantime, KeepIt Handsome—a grooming products company out of Canada that applies its slogan of “Fight Ugly” to its anti-bullying campaign as determinedly as it does to campaigns against bedhead and unkempt beards—is publicly aligning with the mission to fight the ugliness of inequity in Motorsports. The quality-focused company, itself an underdog in an industry of giants, will pilot ISE Motorsports’ Sponsorship 360 program to and through the launch of a new line, “KeepIt Handsome, Beautiful”, for which Chambers and Shriver will assist with product offerings and formulations to ensure they meet the needs of women who work in high-pressure environments. The laboratory, in this case, being one such environment where the universally dreaded helmet hair is an added risk.

The initial proof of concept for Sponsorship 360—an American exclusive tryout called THE DRIVE to Fight Ugly and KeepIt Handsome—will take place at the world-class Ocala Gran Prix on OTK equipment, known throughout the world for its consistency. Parity in this case is paramount, as the singular objective will be to identify another truly deserving American driver who will (all things/safety permitting) be invited to represent America alongside Chloe at a fully immersive private academy being established by a respected team of visionaries to provide drivers from all corners of the world with the all-expenses-paid opportunity to learn what makes them slow in the time and space between races where they are perpetually pressured to just go fast.

An award-winning production company with a long history of making the already picturesque Motorsports industry look stunningly cinematic, will produce THE DRIVE to Fight Ugly and KeepIt Handsome as a documentary film that will be distributed free and commercial-free on YouTube. 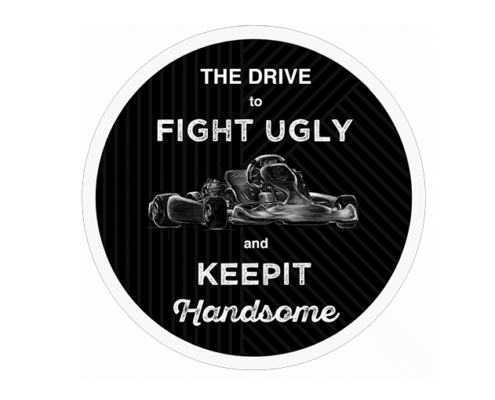 Visit www.KeepItHandsome.com/pages/TheDrive to sign up to receive a single alert when the film goes live.

REVERSING THE REGRESSION OF MOTORSPORTS

“I’m a business strategist and an agent, but I’m also a passionate racing fan,” Shriver states. “I want to see cars going quicker, faster, and in closer proximity to each other for longer periods of time at every level of every Motorsports pyramid. To do that at any level, though, you must first ensure the quality of the drivers. Otherwise, you might only succeed at increasing their risk. 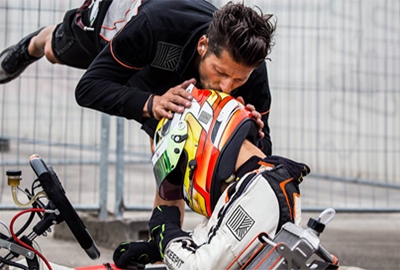 I know there are plenty of demolition derby fans out there to whom even the most prestigious leagues can pander…but I also know that folks who turn off Sunday’s race after the checkered flag and head to the grocery store where they buy Oscar Mayer over Vienna Beef because they cheer for Ryan Newman’s #6, or LavAzza over Folgers because they love Williams’ George Russell—you know, true fans whose intentions to purchase are genuinely influenced by the drivers who put their lives at risk to entertain them and their families week after week—those people desperately want to see ‘their drivers’ win battles for corners then immediately stand next to their challengers on the podium, rather than suffer the poignant pain of witnessing either athlete colliding with the wall.

The hearts that beat in those fans’ chests are the ones to which we should be calling out and catering.  All 600+ million will hear us, and might even respond by turning back around, if we contain combat within track limits and align our voices elsewhere.”

ISE Motorsports is now open and ready to welcome conversations about what that collective message should be.